I wrote a while ago about pseudolocalization on Android but times have changed and I wanted to give an update.

Pseudolocalization is a developer testing method that automatically translates your strings files into gibberish, with extra text and accents, in order to test the robustness of your system. Here's a screenshot from a sample app: 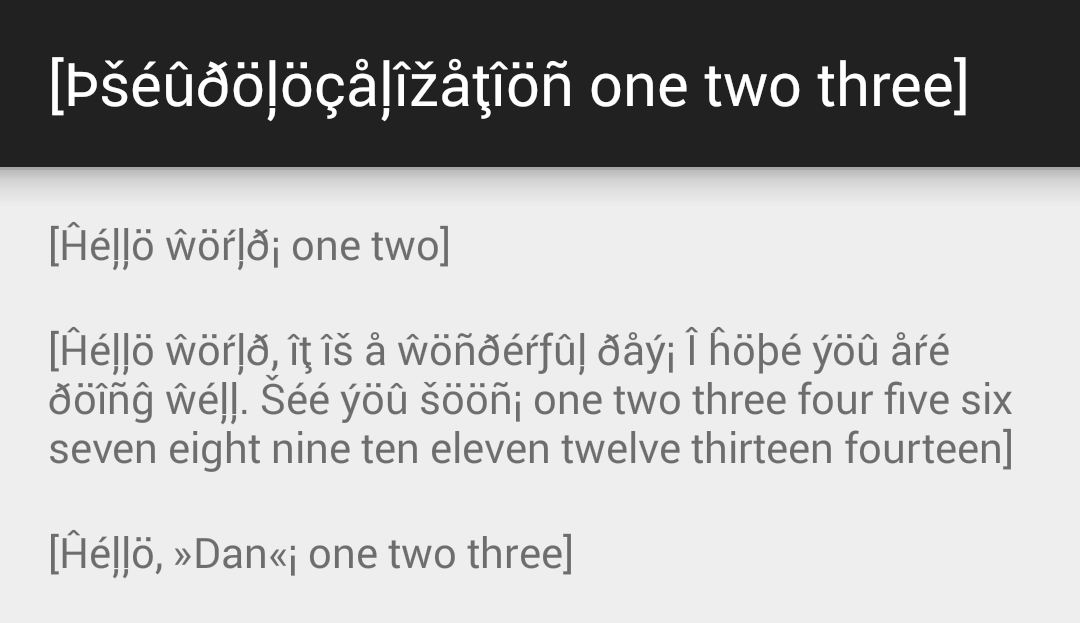 The Wikipedia article gives a great overview on the issues it can reveal:

Alright, you're sold: how do we do it?

First, enable it in your build type. Simply set pseudoLocalesEnabled in your build.gradle. Here's an example of enabling it for debug builds:

Next, you need to set your phone to use one of the pseudolocales. There are two that are generated:

On some devices these locales are accessible in the normal language picker. If they're not, you'll have to manually set the new locale yourself. Here's a couple ways to do that:

Now you can enjoy your app in Bizarro World!

"Bizarro box" by sharkhats is licensed under CC BY-NC 2.0